As a follow up to last week’s post about puppets around the world, this week we’re going to take a brief look at the history of puppets in the Western world! From Ancient Greece to the Muppets, puppets have taken all sort of forms and entertained all levels of society. There have been famous puppets like Punch and Kermit, and many more whose names are lost to history. Picture to Puppet is part of a varied and illustrious heritage, as you will soon discover! 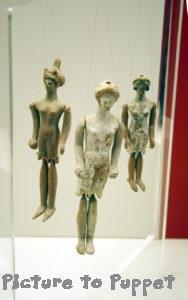 Some of the earliest surviving puppets come from Ancient Greece and Rome. These jointed clay figures were found in children’s tombs and appear to have been used as toys. Puppets were also used for public ceremonies. Herodotus described a festival of Dionysius (god of wine and debauchery) in 445 BC:

“The rest of the festival of Dionysius is ordered by the Egyptians much as it is by the Greeks, except for the dances; but in place of the phallus they have invented the use of puppets a cubit long [45.72 cm] moved by strings, which are carried about the villages by women, the male member [phallus] moving and near as big as the rest of the body.”

The earliest known drawing of puppets in Europe is from 1170, in the Hortus Deliciarum (“The Garden of Delights”) by Harrad von Landsberg, in Strasbourg. The text accompanying it says, “In ludo monstrorum designatur vanitas vanitatum,” which roughly translates as, “Playing unnatural things indicates vanity of vanities.” So this is actually a depiction of puppetry as a frivolous and vain pursuit. I think I’ve found Picture to Puppet’s motto.

From references in artwork and writing, we know that puppets were used for amusement and telling religious stories around Europe in the Middle Ages, often being carried around by travelling entertainers. The 14th century “Romance of Alexander” has a margin illustration of a puppet booth.

In 1662 diarist Samuel Peyps wrote about going to see a puppet show in Covent Garden featuring an Italian marionette character called “Pulchinello,” who would become known in England as “Punch.” This comic character proved to be an audience favourite, as Johnathan Swift observed almost seventy years later:

“Observe the Audience is in Pain
When Punch is hid behind the Scene,
But when they hear his rusty Voice
With what Impatience they rejoice.”
A Dialogue Between Mad Mullinex and Timothy, 1728

In the 18th century, puppet shows were fashionable entertainment. They featured elaborate sets and commentary on current events, with marionette or shadow-style puppets. However, in 1773, the opening night audience at the ‘Primitive Puppet Show’ The Handsome Housemaid rioted because Punch did not appear as a character.

By the 19th century, low-budget travelling shows were once again the most common form of puppet entertainment. They became particularly popular at the seaside resorts that started to flourish in the late Victorian era. Punch and Judy shows had become iconic by this point, as depicted this 1887 engraving, and continue to entertain holiday-makers to this day. 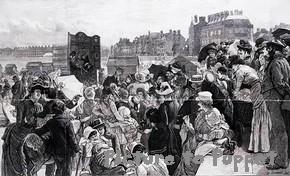 The 20th century saw efforts to revive and further develop puppetry traditions. The British Puppet and Model Theatre Guild (which Picture to Puppet belongs to!) was founded in 1925. The London Marionette Theatre was the first to broadcast puppet productions on television, in 1933. 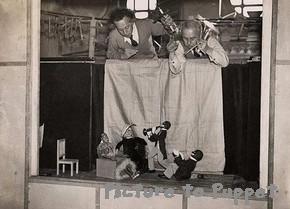 Puppets have been an important part of children’s television shows ever since. The most famous example has to be the Muppets, created by Jim and Jane Henson in 1955. The Muppets appeared on the American children’s TV show Sesame Street in 1969, and had their own show in the 1970s. There have been a number of Muppet feature films , and Jim Henson also directed and created puppets for cult classic Labyrinth, starring David Bowie. 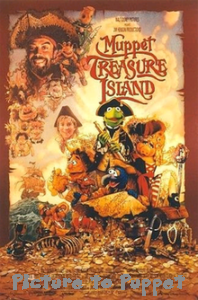 21st century and beyond

The Muppet characters have now become celebrities in their own right. Kermit, the original Muppet, has achieved what is perhaps the 21st century’s highest honour by appearing in multiple memes!

And today, Picture to Puppet is creating puppets for the modern world! We make likenesses of people and animals, celebrities and pets. Our puppets are used for teaching, entertainment, and political commentary. We have yet to make a giant phallus, but you never know. It’s all part of the great and illustrious history of puppets! 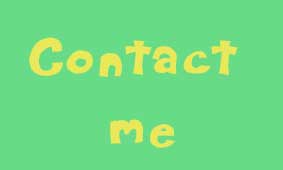 Contact us with a photo, drawing, or idea, and we can make your puppet dreams come true!

See some examples of custom puppets we’ve made here.

Keith Rawlings, Observations on the Historical Development of Puppetry. http://pages.citenet.net/users/ctmw2400/