Puppets are used for storytelling and entertainment all over the world. Every country has its own traditions, and puppets hold are significant role in the heritage of many different places. Here is just a short introduction to some famous types of puppets around the world… 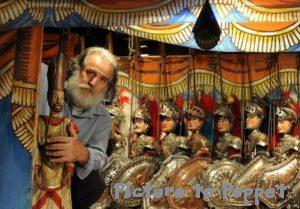 Traditional marionette puppets are connected to the Commedia dell’arte tradition. They originated as a way to tell religious stories, but eventually the shows became too comedic and ribald and were banned by the church! In the 18th century, marionettes were popular with the aristocracy, and sets and puppet mechanics became increasingly detailed. Italian marionettes have influenced the development of puppetry traditions around Europe. 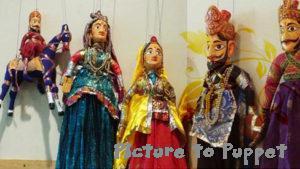 Kathputli are marionettes from Rajasthan, carved from wood and elaborately dressed and painted. They were developed by villages in the region for travelling shows, and eventually received royal patronage, which helped preserve the art form to the present day. The shows provide entertainment, but also the opportunity to discuss social concerns such as poverty and education. 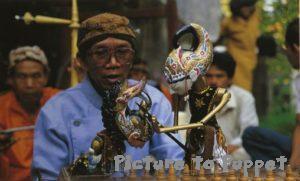 Wayang puppets are used to act out stories, often Hindu religious epics. They can be flat cutouts or three-dimensional figures with joints, and are held up and moved with rods. The puppet master, called the dalang, is revered as a storyteller, philosopher, and spiritual guide. The puppeteer can operate several puppets at a time with the help of the ‘banana log’, a long piece of wood with holes that can hold up the puppet rods! 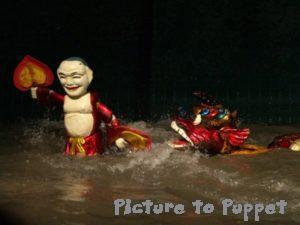 Mua Roi Nuoc are puppets operated in water, traditionally a flooded rice field! The puppets are made with fig wood that is dried and lacquered to be waterproof. They are moved with rods by puppeteers hidden behind a screen, giving the illusion of the puppet moving by itself on the water. Puppetry skills were traditionally passed down through families, and their techniques are still a closely guarded secret. 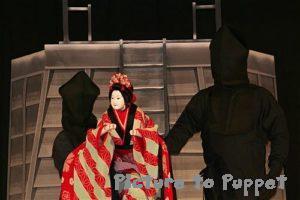 Bunraku developed in the 17th century in Osaka, and involves highly detailed puppets. The puppets are 2/3 scale figures with elaborately mechanised features, including moving eyes, mouth, and eyebrows. Each puppet requires three people to operate it! The puppeteers are visible on stage, but wear black in order to blend in to the background. 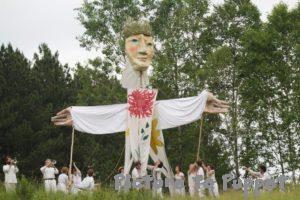 The Bread and Puppet Theatre Company, based in Vermont, creates large puppets that are part of performances focused on social activism. The puppets can be 20 feet tall and carried by multiple people. They are characterised by detailed, expressive faces, and abstract cloth bodies. The theatre company is dedicated to the principles of making art accessible, relying on many volunteers, and advocating for social justice and the environment. 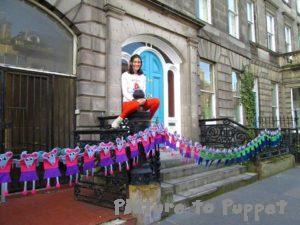 Picture to Puppet is a world-famous puppet making business! We mostly make glove and hand puppets, but we’ve been inspired to try new styles by learning more about all the diversity of puppets around the world. We’re proud to be part of the incredible worldwide tradition of puppet making! Take a look at some of our puppets with the links below:

Picture to Puppet will try to meet whatever your puppet needs are, with custom puppets made to order.

We offer a variety of mechanisms to make your puppet come to life.