Tomorrow, the Rainbow Nest, a new children’s TV show for which I have made all the puppets and costumes, is being filmed. 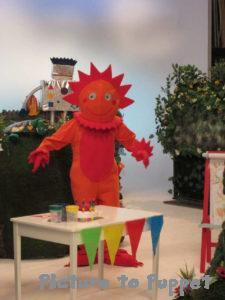 The last few days have been exciting and stressful in equal measure. We had a bit of last minute drama where the robot didn’t arrive on time and Lolly Sparklepuff’s eyes were in the wrong place, and I was bundled bleary-eyed and frazzled onto the early morning London train on a mission. It all came together just in time, though, and the opening of the show has been hailed by a huge triple rainbow stretching right across the sky, which is surely a good omen. Now that I’m here it’s been wonderful to visit the studio, wander around the finished set and meet the cast and crew. 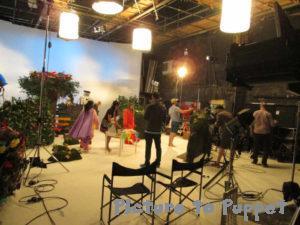 Making the puppets and costumes for this show has been such a long process it’s hard to believe the filming is going ahead at last. I started them last year, and a lot of them are on their second or third time of making as the designs have grown and morphed with the show.

Watch this space, I will post lots of photos of the filming! 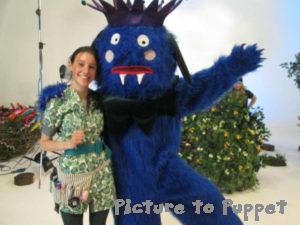